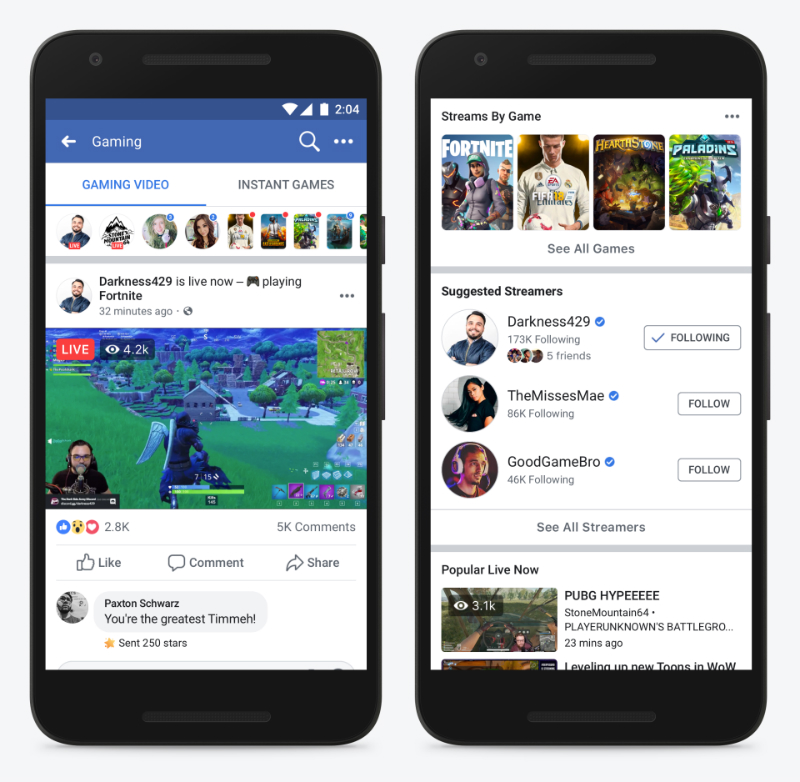 Facebook has announced that it has released a single destination where users will be able to discover and follow gaming video content. Found at the short URL fb.gg, which is live (pun not intended) as of press time, the new destination will display certain tabs including Live Now, Streams by Game, Suggested Streamers, Recently Live, and Watched by your Friends.
Facebook has also announced
a Level Up programme to help emerging gaming content creators build communities on the platform. Facebook’s redesigned gaming platform will take on the market leader Twitch, which also majorly consists of streams of the same two multiplayer-based games.
As per the blog post, Facebook revealed that members of its Level Up programme will be eligible to make money through the fan support feature, launched initially in January, which has now been rebranded to Facebook Stars. Facebook users can support their favourite streamers by purchasing and sending virtual goods during the live stream…………Read More>>
Source by techiyogiz…
Loading...